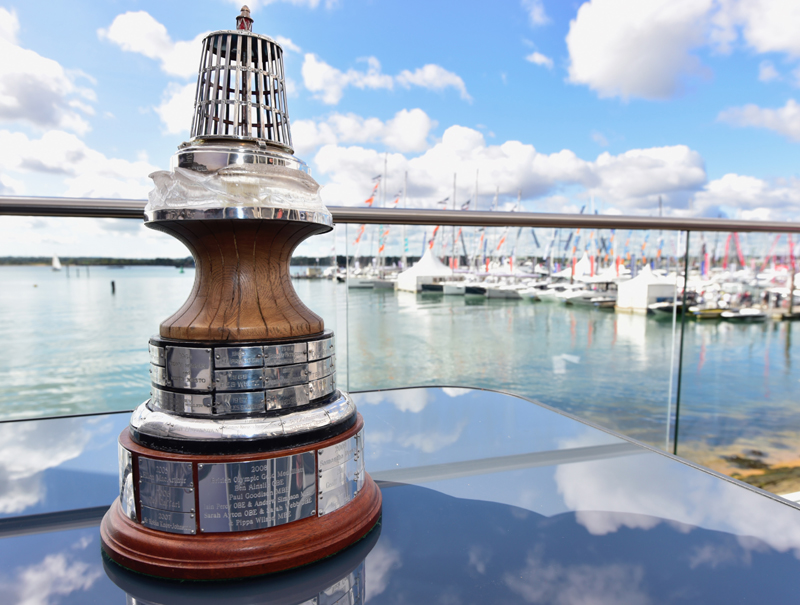 There are also those who started young by winning the junior award, the Young Sailor of the Year Trophy which was initiated in 1993, then going on to win the main event later in life. Last year’s winner was Montel Fagan-Jordon, aged 18, a student from the Greig Academy in Tottenham, London, who raised money to restore the 1980’s classic American Admiral’s Cup yacht Scaramouche, then led a crew of fellow students, sailing the fully restored yacht in last year’s Fastnet Race.
Nominations for these awards are open to the public, but it is the members of the Yachting Journalists’ Association who make the final decision as to whose names will grace these trophies. Over the years the members of the Association have had some difficult choices to make, but the list of winners as it stands, is a testament to the huge achievements of the British boating community. The nominations will remain open until midnight on Sunday, October 14, 2018.
Nominations may be made by email to secretary@yja.world or online:  CLICK HERE and anyone may make a nomination for consideration. Please mention which award the nomination is being made for, and include a brief description as to why you are making this nomination. Please also include your own contact details so we can request additional information if required. The winners will be announced towards the end of this year and there are sure to be many notable contenders after an incredible year of sailing achievements.
The YJA is also accepting entries for your YJA Young Blogger of the Year Awards, open for anyone under the age of 21 on  December 31, 2018. Full details available at www.yja.world
rsyc@mac.com News August 1, 2018August 5, 2018 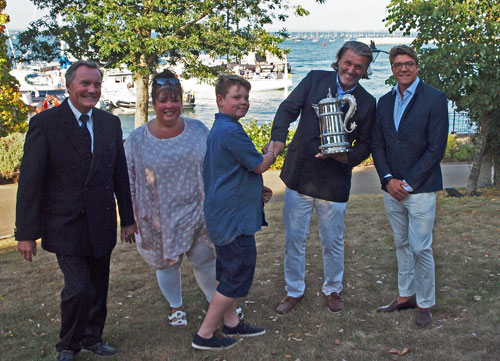 A 14-year-old Hampshire schoolboy who has been learning to sail with the Royal Southampton Yacht Club has had the honour of meeting Cowes Week racing contender and international yachtsman Tony Langley in an informal but exclusive ceremony at the Royal Yacht Squadron in Cowes.

Jake was selected to present one of the principal yacht racing trophies  at Lendy Cowes Week Regatta, thanks to an innovative move by the Royal Southampton Yacht Club.

The Club’s Armitage Challenge cup was presented to Tony Langley as winner of Class Zero racing by some of the biggest yachts at the regatta on Saturday, the opening day of the Cowes regatta, and which  is always the scene of some of the most competitive action on the water by international yachtsmen in a quest for honours. 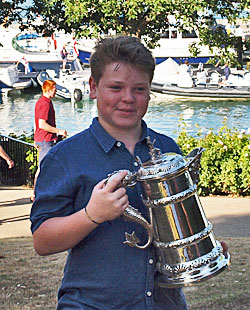 By contrast, newcomer Jake Mitchener, from Romsey, Hampshire has been learning to sail with the Royal Southampton Yacht Club under a special programme through the charitable RSYC Trust to widen opportunities for sailing and focussing on young carers who have taken up the challenge of looking after parents or siblin

The prizegiving took place on the lawn of the Royal Yacht Squadron on Saturday, the opening day of the regatta, and Jake was accompanied by his mother, Lynne Chandler for whom he has been helping to provide care, during health problems she has suffered, along with family members,  members of the Romsey Carers and RSYC Trust trustees Captain Martin Phipps MBE, and Graham Tracey

The Royal Southampton Yacht Club is one of the nine Solent clubs that run the annual Cowes Week Regatta in partnership and for many years has made a major contribution to the organisation of the event and this year is fielding a larger and stronger team of race officers than ever.

Teenager Jake has thrived learning to sail through the Royal Southampton Yacht Club Trust which is sponsoring him at the RYA On Board club at Southampton Water Activities Centre over the summer.

The RSYC Trust’s aim is to provide opportunities for all to experience sailing. A major focus is on Young Carers and is working closely with Young Carer organisations in Southampton,  and much of Hampshire in the New Forest, Romsey, Eastleigh, Winchester, Gosport, Fareham and Princess Royal Trust for Carers. 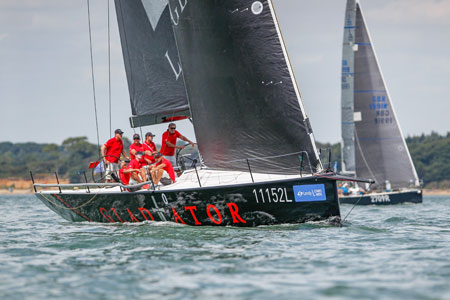 Gladiator in action in the Class Zero competition at Cowes. Photo: Paul Wyeth/CWL

Tony Langley at the helm of Gladiator. Photo: Paul Wyeth/CWL