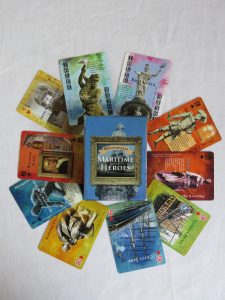 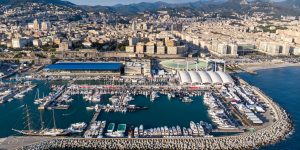 The 60th Genoa International Boat Show will welcome industry professionals and boating enthusiasts alike, from 1st to 6th October, to experience the very best the industry has to offer.

The organizers are working to bring an event that will combine the highest standards of health and safety with an effective approach worthy of the Made in Italy brand and a world-class showcase. Requests for display space have been greater than expected, a sign that the event remains an essential tool for companies worldwide who recognize the value in taking part.

Exhibitors this year will see the return of the major yards in Italy and worldwide who were present last year, in addition to a number of new brands. As of today, these include a selection of industry-leading names: for motorboats Amer Yachts, Arcadia, Azimut-Benetti, Ferretti Group through FSD – Ferretti Security Division, Fipa Group, Pardo, Princess, Sanlorenzo, Sunseeker, VanDutch; for sailing boats, Beneteau, Dufour, Hanse, Jeanneau, Nautor’s Swan, Mylius Yachts, Solaris and Vismara. This year a brand new area will be dedicated exclusively to Superboats. A full roster for outboards as well, along with an already substantial number of equipment and services-related companies.

The 2020 edition will see the implementation of a key plan of action aimed at creating a flexible layout that can adapt to a variety of scenarios. Supporting the organisers in this endeavour will be a Task Force made up of experts in engineering and legal practice. Plans are already in place to ensure the best organizational conditions, in line with the parameters defined by the World Health Organisation. This is only possible due to key innovations in relation to logistics, remote management and controlled access, all within an entirely new vision based on the large open-air spaces available.

The online ticketing is playing a central role, allowing visitors to purchase their tickets via the event’s official website www.salonenautico.com. The online platform is the only channel for purchasing tickets, which will quickly be assigned to specific visiting days to allow for an effective level of crowd management and to prevent over-selling. Access to the Show area will be strictly monitored and automated.

Press may register at the press area via this link. Advise you are a member of the YJA (they will check our website to verify this so make sure your profile is up to date)

The past decade has seen so much action and development on the water. Boat designs that were unthinkable ten years ago are now a regular part of the sailing landscape and the trickle-down effect is seeing all types of benefit from the advances in technology. Alongside this new era, we have seen a cohort of exciting personalities rise on the international stage, with the household names continuing to enjoy sailing and rising to the challenges being thrown down by the younger generation.

The YJA MS Amlin ‘International Sailor of the Decade’ aims to recognise the achievements of the sailors who have had the greatest positive impact on our great sport and pastime.

Yachting Journalists’ Association Chairman, Cliff Webb said, “We are absolutely delighted that MS Amlin’s support of the YJA will continue with the creation of this new award, one that will honour such fabulous achievements from the world of boating. It is an exciting response to this difficult situation with the pandemic, one that has affected water sports globally. Establishing a new award with a new trophy offers YJA members the opportunity to celebrate the greatest participants in our sport over the last decade.”

MS Amlin Boat Insurance Business Development Manager, Paul Knox-Johnston added, “MS Amlin Boat Insurance are delighted to be supporting this new initiative from the YJA.  As the decade draws to a close in a year which has seen little competitive sailing and so much gloom, we have a great opportunity to celebrate all that has gone before and create a prestigious new award for the sailing fraternity to aim for every ten years. There have been so many great sailing achievements since 2010 and I look forward to a long list of entries from around the world for the YJA to deliberate on.”

Nominations for the YJA MS Amlin ‘International Sailor of the Decade’ will be open to all from September 10th until October 23rd 2020 via the YJA website: www.yja.world with the presentation of the award being held during the Yacht Racing Forum on 23rd November.

The awards will be live streamed worldwide via social media and on the major sailing news platforms. The trophy will be unique and striking, details of which will be announced closer to the presentation itself.

2020 is not the year that any of us envisioned, but the past decade of sailing personalities deserves recognition and to be celebrated.