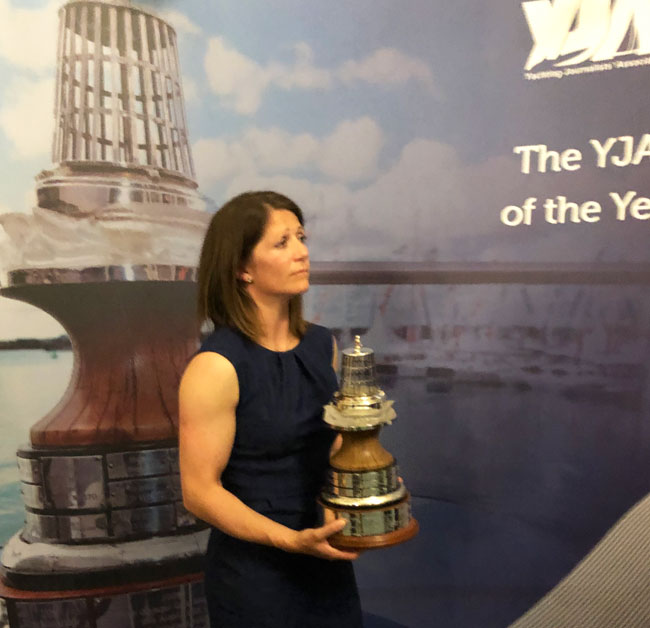 Lucy with the prestigious  trophy

Lucy MacGregor, four-times winner of the Women’s Match Racing World Championship after her victory at the Lysekil Women’s Match in August, is the YJA MS Amlin Yachtsman of the Year. ‘

She was named winner of the coveted title at a ceremony in Southampton last evening.

The YJA MS Amlin Yachtsman of the year 2019 trophy was presented during a gala awards dinner at the Grand Cafe in Southampton at the close of opening day of the Southampton International Boat Show.

The YJA MS Amlin Young Sailor of the Year 2019 is Matilda Nicholls, winner of the Women’s Laser Radial Youth World Championship at Kingston, Canada by a margin of 13 points while also dominating the UK Qualifying Series, winning the national youth title in the class and also representing the British Youth Sailing Team at the Youth World Championships for the second time, finishing fifth.

The YJA MS Amlin Young Blogger of the Year is Alexander Rabbitt, from Manchester.