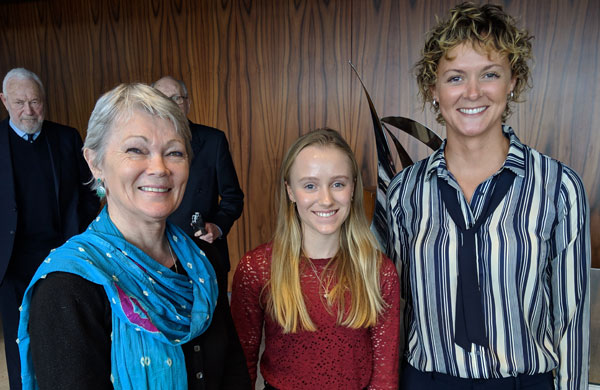 The YJA Young Sailor of the Year for 2018 is  15-year-old Emily Mueller, (centre) pictured with YJA Yachtsman of the Year joint winners Tracy Edwards and Nikki Henderson collecting the award for winning the Volvo Gill Optimist British National Championship – only the third ever girl to win the national title.